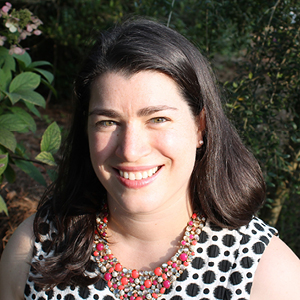 Julia Burdick-Will is an Assistant Professor in the Department of Sociology and the School of Education at Johns Hopkins University. She received her PhD from the University of Chicago, where she was an Institute for Education Sciences Predoctoral Fellow, and was a Postdoctoral Research Associate at the Population Studies and Training Center at Brown University. Her research combines the sociology of education and urban sociology to study the roots of educational inequality and examine the dynamic connections between communities and schools that shape opportunities to learn. She has studied the effects of concentrated neighborhood poverty on cognitive development, the geography of elementary school openings and closings, school segregation dynamics, and the impact of neighborhood and school violence on student test scores and high school enrollment patterns. Her current projects explore the role of exposure to violence, transportation, and neighborhood peers in school enrollment decisions.

Logan, John, and Julia Burdick-Will. 2017. “School Segregation and Disparities in Urban, Suburban, and Rural Areas.” Annals of the American Academy of Political and Social Science 674(1): 199-216.

Burdick-Will, Julia. 2017. “Neighbors, But Not Classmates: Neighborhood Disadvantage, Local Violent Crime, and the Heterogeneity of Educational Experiences in Chicago.” American Journal of Education 124(1): 27-65.

Burdick-Will, Julia, Micere Keels, and Todd Schuble. 2013. “Closing and Opening Schools: The Association between Neighborhood Characteristics and the Location of New Educational Opportunities in a Large Urban District.” Journal of Urban Affairs 35(1).

Burdick-Will, Julia and Christina Gomez. 2006. “Assimilation versus Multiculturalism: Bilingual Education and the Latino Challenge.” Journal of Latinos and Education 5(3).

“Bridging Decision Theory to School Choice: The Role of Informal Information in the Context of Open Enrollment.” Office of the Provost, Johns Hopkins University (2020-22).

“A Choice Too Far? Transit Difficulty and Early High School Transfer in a System of School Choice.” Association for Public Policy and Management Fall Conference, Denver.

“Explorations on the Relationship Between using Public Transportation to Commute to School and Student Disengagement from School in an American Context.” World Education Research Association Focal Meeting, Tokyo.

“Schools at the Urban-Rural Boundary: Blurring the Divide?” The New Urban-Rural Interface. University of Pennsylvania, September.