If you were to ask Lynne Battaglia, a retired Maryland Court of Appeals judge, to name the essential qualities of a good judge, she’d most likely say experience, judicial temperament and a nuanced understanding of the law.

But she’d also argue that a judge’s ability and willingness to feel what others are feeling, to understand and identify with people’s hopes and struggles, are essential ingredients for arriving at just decisions. In a word, empathy.

For Lynne, that quality of empathy has been nurtured by her enrollment in the Clinical Mental Health Counseling program at the Johns Hopkins School of Education.

“I listen better and more acutely to what is being presented by all the litigants,” said Lynne, who in retirement still hears cases as a part-time judge. “That may be helpful or not to the litigating parties, but it has brought me a greater awareness of my own idiosyncrasies.”

This spring, she is taking the courses, “Diagnosis” and “Diversity and Social Justice.” At the age of 70, she wants to be an inspiration for people at any age considering a career or life change to enroll in the Hopkins program.

“I like mental health counseling because it’s respectful of our humanness and the importance of genuineness and authenticity,” she said. “In law, the lawyer sets goals and expectations. There’s a value placed not only on being directive, but being opinionated. In mental health counseling, there is a value placed on silence, even as an intervention.”

Her coursework isn’t her first exposure to the counseling field. She personally sought out the services of a therapist after being recruited by Timmy Baker, President Carter’s United States Attorney, to serve as an Assistant United States Attorney. She experienced tremendous anxiety appearing before a jury over a fear of public speaking. He recommended that she seek out his mother-in-law who was a therapist.

“She helped me realize I could be who I am and be effective,” said Lynne. “I really do credit that experience and the therapy I’ve had since then to realize my own potential. It planted the seed. It has propelled me to have an interest throughout my career in helping others to gain perspective, to feel capable.”

In characterizing Lynne’s career, capable is an understatement. She was appointed to the Maryland Court of Appeals, the state’s highest court, in 2001 by former Governor Parris Glendenning. She served until the mandatory retirement age of 70 in 2016, and now serves as a recalled judge in the Court of Appeals, Court of Special Appeals, Circuit Court for Howard and Anne Arundel Counties and Baltimore City, and for the District Court of Maryland.

She was raised in Silver Creek, N.Y., a village in the western part of the state where her father was one of the town’s pharmacists. He also was a functioning alcoholic who denied that he had a problem. After graduating high school in 1963, she escaped her chaotic family by enrolling at American University in Washington, D.C., to study international relations. It was a heady time in the nation’s capital, and Lynne’s emerging liberalism and hope for a new start in life were bound up in the promise of America’s future embodied by the Kennedys.

She went on to obtain bachelor’s and master’s degrees from American, and in 1968 entered Georgetown University on a fellowship to pursue her doctoral studies in American Government, particularly third-party political platforms. When she discovered that the only available research data was stored in a mainframe in Michigan, she dropped out to remain with her then-husband who was an attorney. At his urging, she decided to fulfill a high school ambition of becoming an attorney herself, and the outlines of a promising career began to take shape.

“I stood on the shoulders of women who really sacrificed so much to become lawyers,” said Lynne, who helped document their struggles as co-editor of the book, Finding Justice: A History of Women Lawyers in Maryland since 1642, published in 2015 by George Thompson Publishing.

In 1984, she became a senior trial attorney in the Office of Special Litigation at the U.S. Department of Justice, where she tried complex tax shelter cases throughout the United States. She twice received awards for outstanding attorney during her tenure. In 1988, she was chosen by Maryland Attorney General Joseph Curran to become chief of the Criminal Investigations Division. She supervised attorneys, accountants and investigators involved in the prosecution of white-collar and environmental crimes.

Within three years she was recruited to become the chief of staff to former U.S. Senator Barbara Mikulski, who recently joined Johns Hopkins University as a professor of public policy and advisor to President Ron Daniels. In addition to being legal advisor to the office, Lynne supervised the work of the Washington office, two subcommittees and six state offices. In 1993, she was appointed by President Clinton and confirmed by the Senate to become the United States Attorney for the District of Maryland. She served in that position until 2001.

While U.S. Attorney for Maryland, she was vice chair of Attorney General Janet Reno’s advisory committee, chaired both the Health Care Fraud and Civil Rights subcommittees and was co-chair of the Child Exploitation Working Group.

Throughout her career, Lynne learned how to be simultaneously assertive and empathetic through the example of mentors and her exposure to therapy—a hard-earned resourcefulness that is serving her well in mental health counseling.

“I think the School of Education’s program fits perfectly. I was told that when I took the Diagnosis course that I’d start diagnosing everyone,” she said, a smile breaking over her face. “Well, it turns out that it’s compatible with something I dearly love—being a judge.” 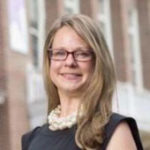 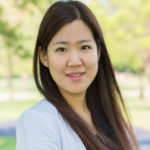 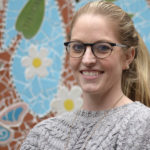