Still considered the most comprehensive study ever conducted of public education in the United States, the findings shaped school desegregation policy for many years following its publication.

We will hear from some of the nation’s most prominent researchers and policy makers, including John King, U.S. Secretary of Education, who will give their views of the enduring significance of the report and what has changed since its publication a half-century ago.

The Coleman Report reframed the debate about how to pursue the goal of furthering equal educational opportunity. Forty years after the report’s release, researchers Adam Gamoran, president of the William T. Grant Foundation and a researcher under James Coleman, and Daniel Long, assistant professor of sociology at Wesleyan University, concluded that the Coleman Report “inspired decades of research on school effects, on the impact of socioeconomic status on achievement, and on racial and ethnic disparities in academic achievement.” That agenda remains no less relevant today than it was during the Civil Rights era and the decades that followed.

We thank our conference sponsors for making this event possible, including the Russell Sage Foundation, William T. Grant Foundation, Spencer Foundation, Johns Hopkins School of Education and The Academy at Johns Hopkins. We are proud to hold this signature event on the Homewood campus of Johns Hopkins University. It was home to Coleman and his team as they worked on the report. 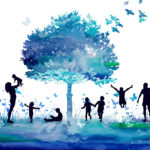 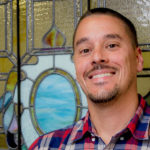