A $3.5 million grant to study an array of criminal justice tools has been awarded to the National Criminal Justice Technology’s Research, Test and Evaluation Center at Johns Hopkins University.

The grant, awarded by the National Institute of Justice in the U.S. Department of Justice, will be used to study social-network analysis tools used by the criminal justice community, the testing of video conferencing technology used at pretrial release hearings, the advantages of 360-degree cameras that would replace police dash cams, and the viability of body sensors that would monitor the health status of police and corrections officers.

“There is a direct connection between traditional and emerging technologies and some of the most pressing issues facing our nation’s criminal justice system,” said PSL’s Sheldon Greenberg.

The Research, Test and Evaluation Center is a partnership between the Applied Physics Laboratory and School of Education, with additional support provided by the Bloomberg School of Public Health. The center, located at the Applied Physics Laboratory, was established to improve the effectiveness and efficiency of technology in support of the nation’s criminal justice system.

“There is a direct connection between traditional and emerging technologies and some of the most pressing issues facing our nation’s criminal justice system,” said Sheldon Greenberg, deputy director of the center and a professor of management in the Public Safety Leadership Division at the Johns Hopkins School of Education. “It is difficult to have a conversation about any issue, from protecting our neighborhoods and workplaces to improving police accountability, without discussing some form of technology.”

In the United States, there are 765,000 law enforcement officers serving 18,000 police agencies; 470,000 corrections officers staffing 4,000 institutions; and more than 32,000 judges sitting on federal and state courts.

To date, the center has been awarded $9.4 million to provide the National Institute of Justice, practitioners, policy makers and researchers with evidence supporting the application of technology.

“The center provides an independent, objective assessment of technology for a criminal justice system that is heavily dependent on agency-driven or vendor-driven research,” said Richard Waddell, director of the center and a program manager at the Applied Physics Laboratory. “This type of research has been embraced throughout the public-safety profession.” 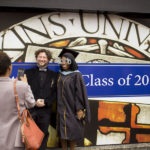 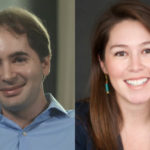