David Steiner, executive director of the Johns Hopkins Institute for Education Policy, has been appointed to a two-year term on the state Commission on Innovation and Excellence in Education.

“Having great confidence in your dedication to public service, it is my pleasure to appoint you as a member of the Commission on Innovation and Excellence in Education,” said Gov. Larry Hogan in a letter to Steiner. “I know we will succeed in our goal to make a positive difference for all Marylanders, especially with your assistance and support.”

The commission is charged with, among other things, reviewing the findings and recommendations of a report, “Study on Adequacy of Funding for Education in the State of Maryland,” and to make recommendations for the state based on those findings. The study will establish a base per-pupil funding amount that schools will receive for each student. It will also determine additional funding, or “weights,” based on the number of students with disabilities, English language learners and students living in poverty.

“I hope to bring research-based findings to the commission’s important deliberations, in particular the best knowledge we have about cost-effective interventions that have been found to raise the academic achievement levels of our students,” said Steiner. “Strong funding matters for public education, but only if it is targeted in ways that truly make a difference for children’s learning.”

The first meeting of the commission will be held on Thursday, Sept. 29, at 10 a.m. at the House Office Building in Annapolis when members will receive briefings on the legislative and policy history of education nationally and in Maryland since 2002, and how public primary and secondary schools are currently funded in the state. The final report of the “Study on Adequacy of Funding for Education in the State of Maryland” is due to the governor in December 2017.

Steiner previously served as commissioner of education for the State of New York, where he took a lead role in the state’s successful $700 million Race to the Top application to support the redesign of state standards, assessments and teacher certification requirements. He successfully argued to include a major funding request under that award for making outstanding curricula material available for free for online use, an effort that has produced EngageNY, the nation’s most visited curricula resource.

The Institute for Education Policy seeks to integrate the worlds of the educator, researcher and policy maker by informing all three groups about education interventions supported by good evidence and sensitized to real-world conditions in our schools. Technical research is translated into usable form, and the most pressing challenges confronting students, teachers, principals and parents are brought to the attention of the policy and research communities. 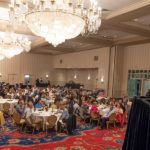