More than 400 graduates heard Undersecretary of Education Ted Mitchell offer his congratulations for choosing a profession where they could make a difference and encouragement to go on to give hope to those who feel they have none. Mitchel said that when Arne Duncan, Secretary of Education, visited a Baltimore high school following the April 27 riots, one student said that “we have nothing to look forward to.” The undersecretary said that this is a challenge for our society “to provide better educational opportunities for young people so that a zip code doesn’t determine a person’s future.”

During the ceremony, master level degrees and Post-Master’s Certificates were awarded in education, counseling and public safety leadership. Bachelor degrees in public safety leadership were presented to 21 students and  13 graduates received the doctor of education. A number of awards were presented by David Yaffee of the Johns Hopkins University Alumni Association including;

The Champion in Education award was presented to R Christopher Hoehn-Saric – co-founder and senior managing partner of Sterling Partners. He is also a Johns Hopkins University Trustee and School of Education Campaign Chair. The student address was given by Michael Spochart. A stirring rendition of the national anthem was performed  by Wykea Benjamin. 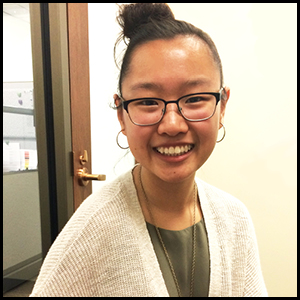