With Robert Livingston’s “The Conversation,” discussion on race series continues 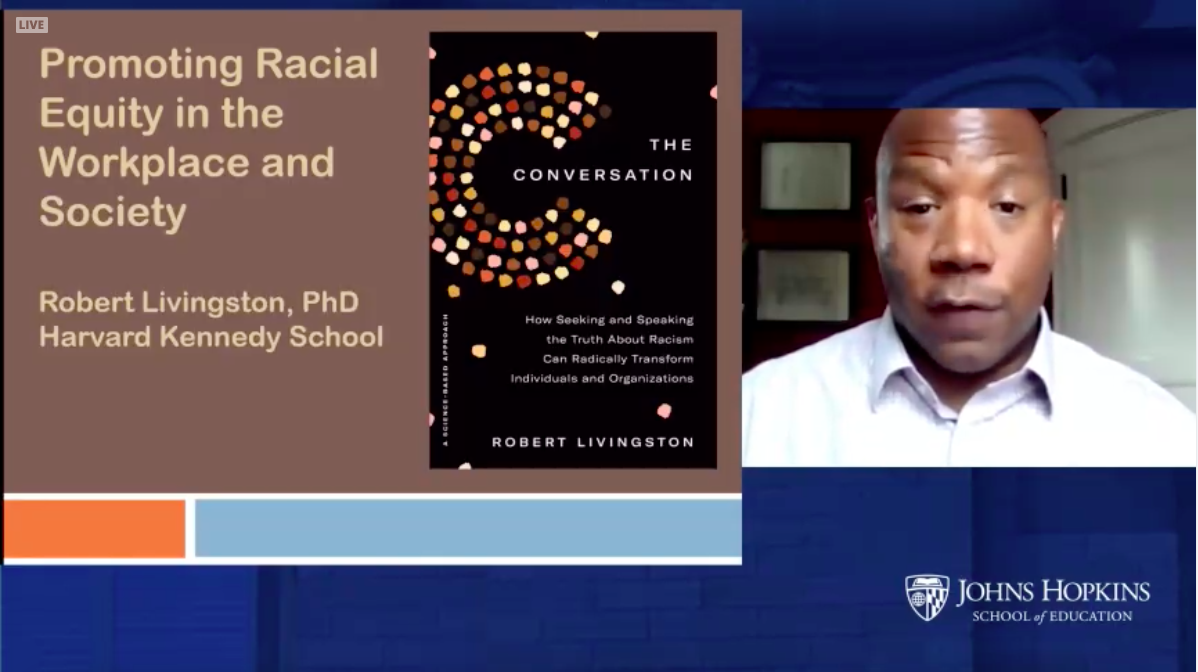 With an online lecture by author Robert Livingston followed by question-and-answer session led by Dean Christopher Morphew, the School of Education’s Office of Diversity and Faculty Development recently capped its second book discussion series, “Fostering a Transformative Discussion on Race” for school faculty and staff

In this go-round, planners and participants alike wanted to take things beyond the usual recitation of the ills of racism and exclusion. In that regard, Livingston’s book, The Conversation: How Seeking and Speaking the Truth about Racism Can Radically Transform Individuals and Organizations, proved an ideal outlet.

“Our book in last year’s program did a great job of defining the problem and putting it in context, but there was a feeling that our next book should outline strategies and actions people can take to bring change,” said Joe Meredith, who handled most of the logistics for the series. Meredith is an executive specialist for Norma Day-Vines, associate dean for diversity and faculty development and the discussion series executive sponsor. The Transformative Discussions program was also made possible by the financial support of Provost Katrina Caldwell.

The book discussion series is part of a larger constellation of diversity, equity, and inclusion (DEI) initiatives within the Office of Diversity and Faculty Development (ODFD). The book discussion reflects our commitment to executing the university’s “Roadmap on Diversity, Equity, and Inclusion 2.0,” and the School of Education’s Strategic Vision, which encompasses equity and social justice. The ODFD has additionally embarked upon professional development training, a graduate student conference, the review of policies and procedures to ensure that they are equitable and an equity that operates as a program evaluation of all the School’s DEI efforts.

“I read Livingston’s book and thought it was great and suggested it to Norma,” Meredith said of the selection process.

Livingston is a professor and social psychologist at the Harvard Kennedy School of Government and one of the country’s leading experts on bias and racism in organizations and how organizations can rise above them. He promotes what he calls a “PRESS” model approach to help entire organizations change the status quo.

Organizations must do each step in sequence. The first is Problem awareness followed by a Root-cause analysis, both of which, like earlier examples, help define the problem. Those steps are then followed by Empathy to build a level of understanding about how the problem affects others, creating Strategies to address the problem head on, and last, and perhaps most importantly, to engender Sacrifice among the people trying to do something about racism.

“People have to be ready and willing to invest their time and energy to put the strategy into action,” Meredith says, “I think most people understand the problem. And they are empathetic and willing to sacrifice, but they are also kind of itching for something to do. That’s what Livingston delivers.”

The Transformative Discussion series began in the pandemic-influenced early months of 2021. It capitalized on the rise of inexpensive, easy to use Zoom video conferencing software to bring people together in informal, facilitator-led discussions that didn’t require travel or elaborate anti-infection protocols.

In all, this year’s series involved roughly 70 faculty and staff participating in the discussion, which took place between February and April. Participants would read an assigned section of Livingston’s book and meet by Zoom for an hour once a month in smaller groups of 8-10 to discuss. There were two sessions in April to accommodate the entirety of Livingston’s 400-page book. Each discussion group was led by two facilitators to ensure maximum exploration of the text.

“As you can imagine, the facilitators’ job was mostly just to get the conversation going,” says Meredith, who served as a facilitator as well as an organizer of the series. “The rest pretty much took care of itself. We really just wanted the facilitators to keep the focus on Livingston’s strategies.”

The entire series concluded with the capstone lecture by the author followed by the Q-and-A. Both were open to the entire Johns Hopkins community, drawing some 200 participants to the event from across the university. In thinking ahead to next year already, Meredith says he would like to stretch the horizon a bit and take on a documentary film, podcast, or perhaps a memoir as the subject for discussion. 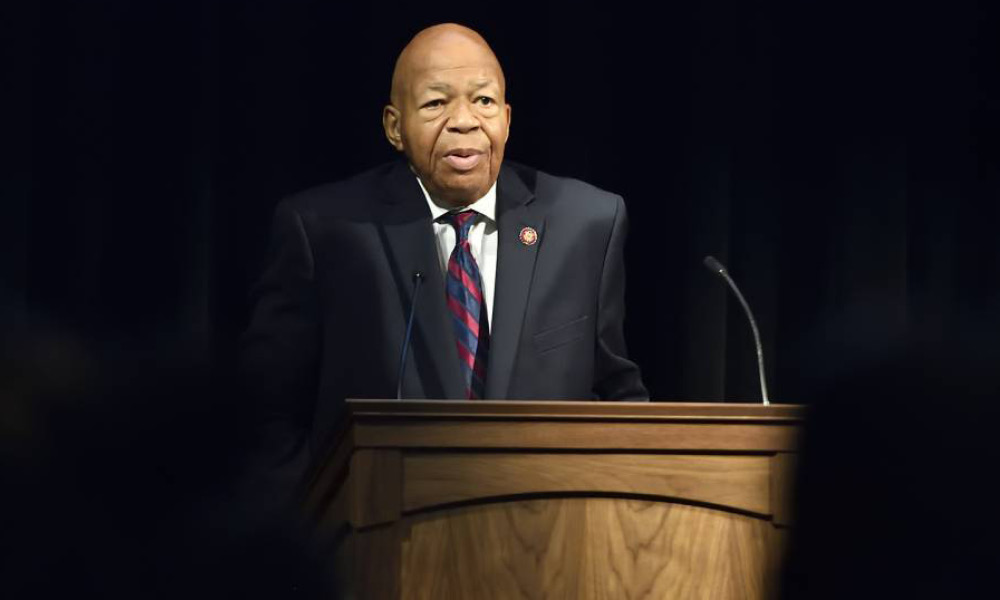 Rep. Elijah Cummings, ‘unflinching champion for the people of Baltimore, our state, and our nation,’ dies at 68

How Can I Support My Children’s Teachers? 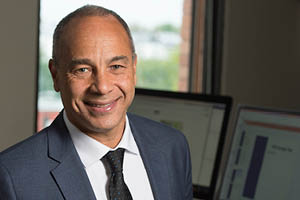 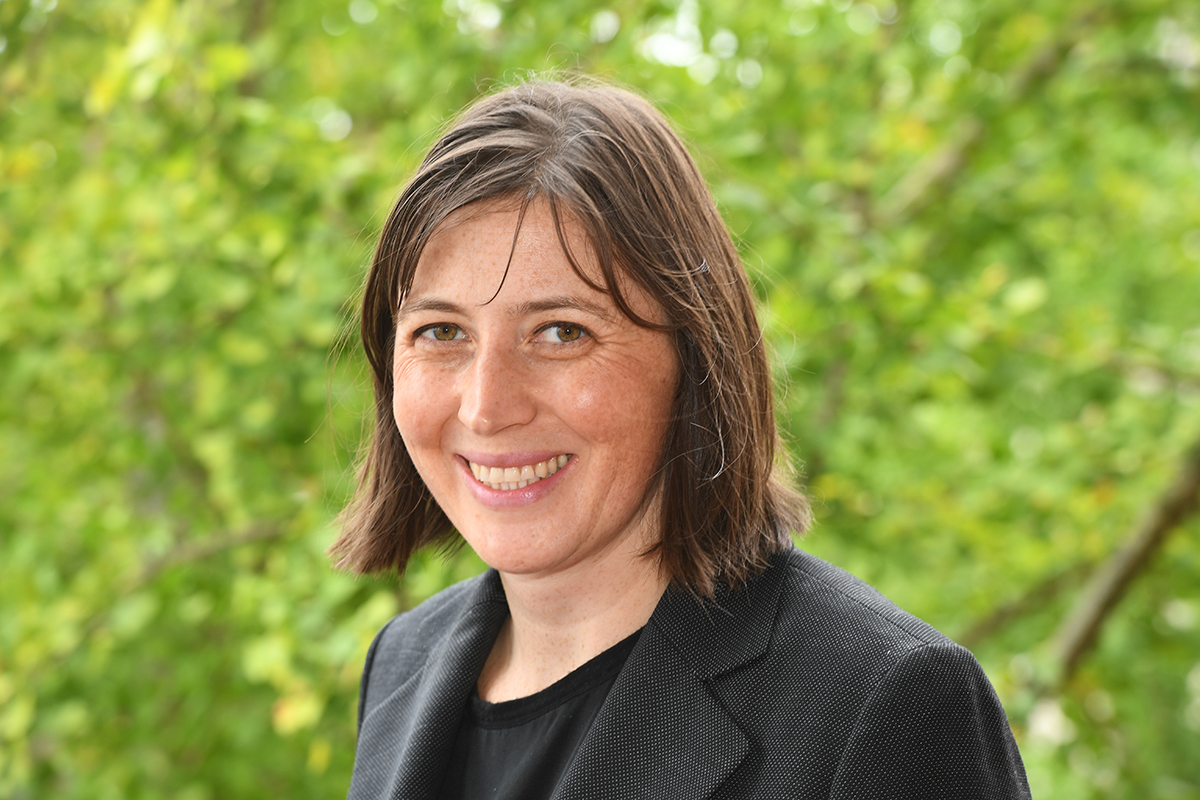 Quaynor named chair of the Department of Advanced Studies