Wendy Osefo, an assistant visiting professor in the Doctor of Education program at the Johns Hopkins School of Education, will receive the university’s Diversity Recognition Award on Tuesday, May 16, in the Glass Pavilion for her research on equity and inclusion.

“It means the world to me to receive the award,” she said. “To be recognized at such an early stage in my career for the work I’ve done around diversity and inclusion, it’s special and it inspires me to do more.”

Osefo’s research examines how race and class influence the learning, achievement and educational trajectories of minority students, and explores the intersection between race, equity and underserved student groups in K-12 and postsecondary schools.

Last semester at the university’s 13th Annual Diversity Conference, she discussed the responsibility of academic institutions to ensure that underrepresented students and faculty are embraced in college communities.

“Dr. Osefo is committed to diversity and inclusion, and serves as a champion for propelling inclusionary practices forward to ensure that all students not just survive, but thrive in higher education,” said Ashley Llorens, chair of the Diversity Leadership Council.

In 2016 she founded the 1954 Equity Project, a nonprofit organization that helps underrepresented students thrive in universities by providing academic support, mentorship, advocacy training and program development. The 1954 Equity Project holds culturally competent workshops and trainings at schools across the country and is working toward expanding its services around diversity and inclusion to universities abroad.

“The added bonus of being a professor of color is that I have another job description: I’m a resource for students of color,” she said. “Many students tell me I’m the first black professor they’ve had. So since I’m their only experience, I want it to be a darn good one.”

Before joining Johns Hopkins, she was the director of the Master of Arts in Management program at Goucher College, where she provided academic and administrative leadership. In addition, she was the director of family and community engagement for the Obama Administration’s anti-poverty D.C. Promise Neighborhood Initiative. During her tenure, she designed and implemented culturally competent, parent-centered engagement strategies, and created and launched an adult learning academy that served low-income residents in northeast D.C.

Workshops at the 1954 Equity Project engage students, faculty and administrators in a conversation about what it means to be a student of color in a predominantly white institution.

“When you’re a student of color, you have to do a delicate dance around your own identity,” she said. “Do you embrace it and potentially offend others who may not understand your identity or do you put your color on the back burner in an effort to assimilate into the environment? The latter can be dangerous, because you run the risk of losing yourself—what makes you unique and special.”

Students of color seek out Osefo to ask about her personal life and the secrets to her success. She was the first black woman to graduate with a Ph.D. in community development-public affairs from Rutgers University-Camden. In 2009, she received a master’s degree in government from Johns Hopkins. She said it’s a “special burden” to be a first because she doesn’t want to mess up. “You’re the benchmark by which they will measure those who come after you. You don’t want to be the last one.”

She tells students of color that their resume doesn’t have a color.

“It’s your duty to take advantage of your educational and professional experiences. Everything I have, I earned it,” she said. “Person of color or not. I’ve worked hard. I’ve been first in many instances, but at the end of the day you have to make sure you put yourself in the best position possible to get the same opportunities as others. You can’t let roadblocks discourage you. You have to be determined to break down those barriers.”

She realizes that most people are reluctant to talk about race, because she said they don’t want to say the wrong things. She’s heartened, though, when white students who consider themselves allies in the fight against injustice come to her workshops

“By nature I’m an educator, so if someone wants to have a conversation about race, I’m more than willing. I embrace them,” she said.

Osefo said Johns Hopkins is doing a lot of important work on diversity, citing the November release of President Daniels’ Roadmap on Diversity and Inclusion.

“Diversity means nothing without inclusion,” she said. “That’s what really matters. That’s the measure by which an institution should be judged on whether it wants people of color to feel part of a community.” 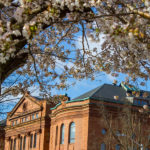 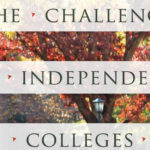