Deputy Baltimore City Police Commissioner Kevin Davis had planned to take off Wednesday (July 8) to spend the day catching up on some needed home repair chores. Instead, he received a call to report to work. At 4:00 p.m. he was in the Mayor’s ceremonial office being sworn in as the new Interim Baltimore City Police Commissioner. Davis earned his master’s in management from the School of Education’s Division of Public Safety Leadership (PSL) in 2013. Doug Ward, PSL director, said “Kevin Davis is one of the most competent, insightful, intelligent, and ethical leaders I have known. Kevin is capable of moving these complex and divisive issues forward to successful conclusions.”

On the Dan Rodricks radio show, Davis was asked about his relationship with the Baltimore community. He said a pastor told him that “the community will trust the police when they know the police respect the community.” In his bi-weekly column in the Sunpapers, Rodricks said, “ I allowed myself to feel some promise for Baltimore in the presence of a fellow in a brown suit named Kevin Davis. He sat for an hour-long interview on my radio show, answered questions, and spoke openly about the Police Department’s need to restore trust with citizens to stop the killings.”  For 21 years, Davis had been assistant chief in Prince George’s County where he helped lead the department out of Justice Department’s oversight on the police use of force and other concerns. The Prince George’s Chief Mark Magaw said that Davis built a reputation for transparency. “ He’s a strong leader, very thoughtful. He’s very direct.”

As Rodricks noted, Davis has his work cut out for him. He mentioned receiving an email from a reader named Dave whose wife works at the University of Maryland Hospital downtown where four people were shot the night before. “She does not feel safe anymore and hopefully, will be going to work for GBMC or Carroll County Hospital.

We all wish the best for Kevin Davis. 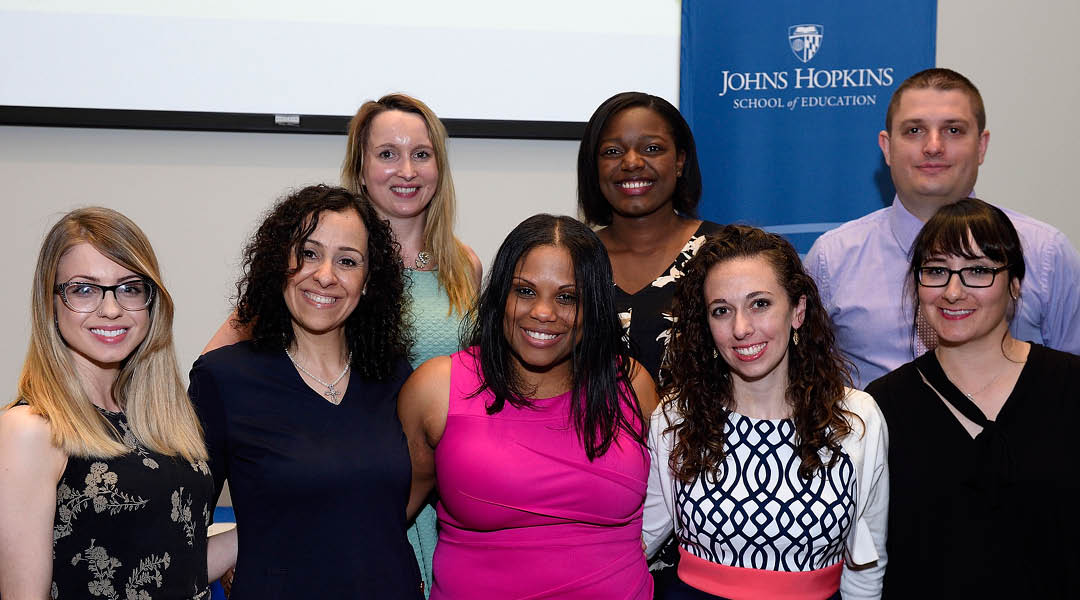 Alumna a Finalist for Maryland Teacher of the Year